The Ellerslie School is located in Black Rock, St. Michael.  The area occupied by the school was once part of the Ellerslie Plantation.  Construction of  commenced in 1965 and Ellerslie Comprehensive, as it was then called, opened fully on 26 September 1966, under the leadership of Mr. Cuthbert W. Brathwaite, Headmaster, and Mr. William Isaacs, Acting Deputy Headmaster.  The records indicated that the initial intake of pupils was 181 boys and 151 girls and they came from schools such as: St. Stephen’s Junior, Montgomery Boys’, Good Shepherd Primary, Edghill Memorial Girls’, and ranged in age from 11 to 13 years old.  The roll of the school increased significantly to 1420 by September 1970 and over 1700 by September 1971.  Therefore, some of the classes had to be accommodated at the Farm Annex in Deacon’s Road under the leadership of Mr. Edward Straughan and a staff of six other teachers.  The Assembly Hall as well as the much needed additional classrooms were constructed in 1971.  The hall was officially opened on 29 April, 1971 by the Minister of Education, Hon. Erskine Sandiford.  Five years later, further extensions of the school were carried out and it was officially declared open by the Minister of Education, Hon. Louis Tull on 29 September, 1976.

In September 2017, Ellerslie Secondary School had its first cohort of sixth form students. The school was officially renamed to The Ellerslie School on the 27th November, 2017, by the Minister of Education, Hon. Ronald Jones. 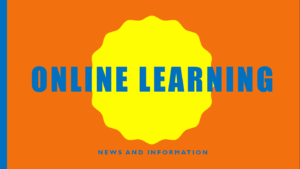 Please assist us in ensuring that we have accurate information for  your child/ward. We would like ALL parents/ guardians to fill out the online form provided below. Remember, this information is necessary so we can contact you especially in times of emergency. We at Ellerslie appreciate your continued support .

There are no upcoming events at this time.